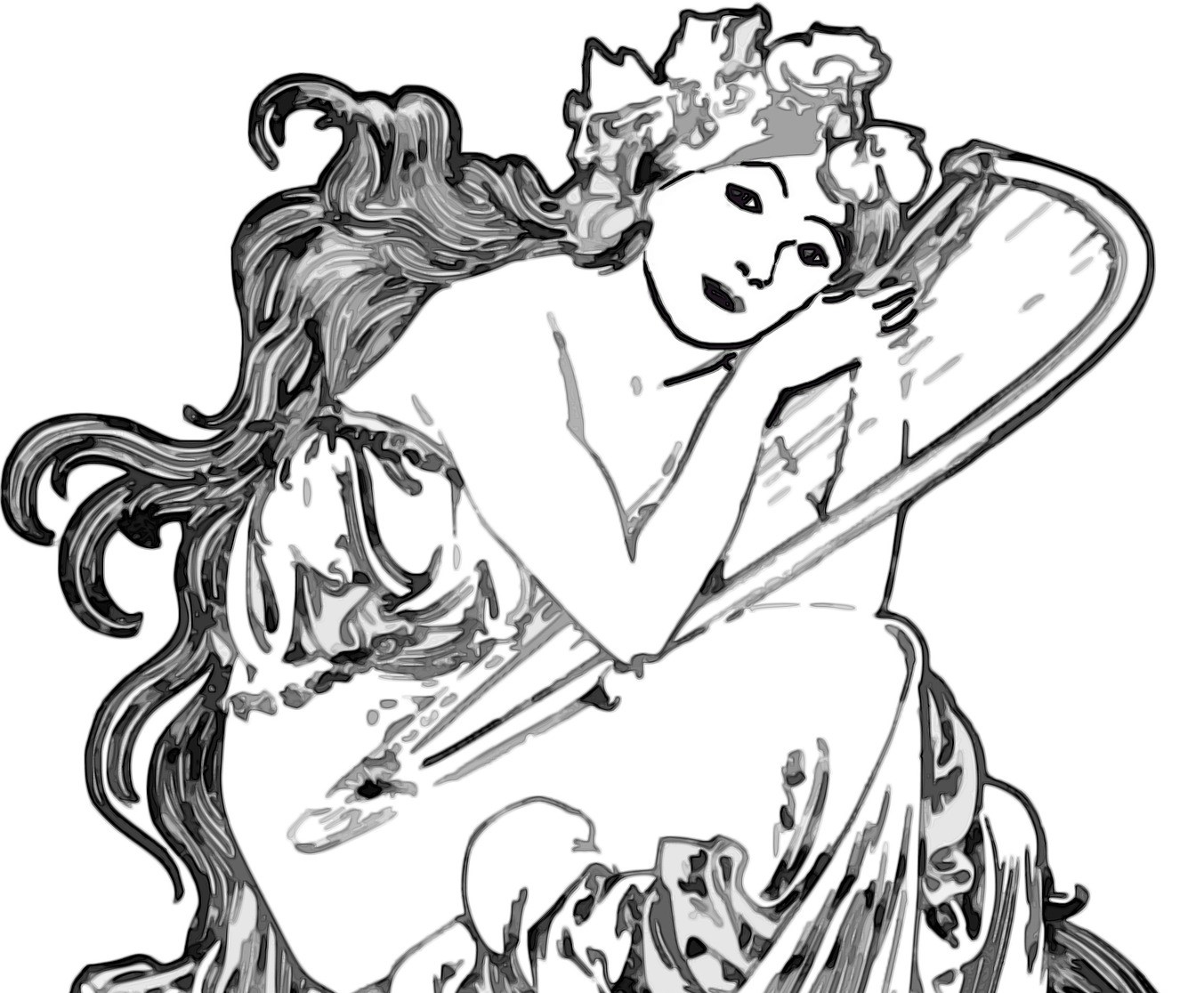 I’m probably going to upset several writers today. I’ll straight out say it- there is no ‘muse’.

Sure, since joining the world of writers, I have heard about ‘The Muse.’ I totally get the concept. Many writers are quite keen to embrace the notion of a muse.

Let me explain why you, as a writer, need to let go of the concept of a muse, for your own writing and cognitive health, and give yourself permission to embrace your own imagination.

What is a muse?

Actually, the right question is: who were the muses? Depending on various Greek mythological beliefs, there were anywhere from 3 to 9 muses. These daughters of Zeus were heralded as the keepers of inspiration, imagination, and creativity among artists and poets. They could offer great artistic insight… or deny it.

Modern day artists, including writers, continue to adopt the idea of a muse being a gateway, or barrier, to creativity.

For some, their muse is a person: a lover, an unrequited love, a greatly admired historical artist. Here are some rather unique (and oft times weird) examples of muses associated with a few famous authors.

These romantic-associated muses do have an impact, in an indirect way. Being in love (or believing a strong emotional connection exists) creates strong physiological changes. These changes can relax the mind, create positivity, allow an investment in imagining the future. According to Scientific American, being in love stimulates the brain into more global mental processing, which enhances creative ideas, while suppressing the analytical side of the brain. (This latter effect might also explain the illogical behaviors of some people in love,but that ‘s a post for another day!)

For others, this muse is spoken of as a powerful force that gives life to creative ideas and thoughts. But when the force is absent, inspiration fails, writer’s block hits, and creative stallout arises.

Yes, but what is the muse, really?

Regardless of who the muse is for a particular author, it acts as a vehicle to permit the cultivation of creative thought and delving into imaginary worlds.

Why do authors seem to need this permission?

As children, we are allowed (and encouraged to have) imaginary play time. As children grow older, playing with toys, building blocks, dolls, etc. with other children builds from that foundational imagination. There is no shame in the behavior. In fact, children who spend time in imaginary play and playing with toys are learning important principles in getting along in society and with other children. In addition, children experience happiness and joy as part of play. For more, see this interesting article from the American Journal of Play.

Unfortunately, as we grow older, between societal expectations and peer pressure, most youth abandon toys in the 10-12 year old range. Our society pushes this as a progression away from childish endeavors toward adulthood. Interestingly enough, there are even Reddit threads with parents asking guidance for the age at which they should take away their children’s toys to “make them grow up.”

By the time we are adults, kneeling on the floor to play with our own children/nephews/nieces etc. may be the closest permission we get to publically tap into our creative and imaginary world mind. Even then, it’s often stilted. (Ever see a parent playing with a Barbie or a set of Legos? They rarely go “all in.”)

In fact, the children even notice. A behavioral therapist I know had one young client who preferred when that therapist visited. Why? Well, according to the client’s parents, the therapist was one of the few that would fully let go and play imaginary sword fights and games as if they, themselves, were still a child.

Unfortunately, most adults often feel the need to have a specific reason– a permission- to release their inner imaginary play mind. And for many authors, writing a book itself often isn’t enough of an excuse to let go.

So, writers turn to the accepted concept of the muse. It takes away the embarrassment or the guilt of spending time as an adult electively daydreaming, in hopes to complete a story. It’s much easier to say, “My muse helped me create another chapter today.” It also takes away the frustration with oneself, when the well-healed imagination doesn’t want to drop the stoic stance on a given day. Blaming the muse is easier than grappling with the realization that your own imagination may have stagnated. That you may have grown up too much.

How to overcome your muse

In high school, I found my way to drama club and the theater. THIS was the place I could be someone else, to have permission to pretend. Others working in dramatic arts, such as Hollywood, Broadway, and community theater make a living tapping into their imagination. This is, of course, a self-selected group willing to set aside the embarrassment factor, and allow their inner creative child out of the box. Still, the venue (the stage, a renaissance festival, etc) becomes the permission.

Entrepreneurs are another group that often thrive from imagination- such as the vision for a new product or shattering new scientific boundaries. Ventures such as SpaceX could never have occurred if Elon Musk had tried to bury his imagination.

Just like many famous authors have used the great power of imagination to bring us incredible stories, from Peter Pan to the Agatha Christie mysteries to Sherlock Holmes, we should be willing to follow suit.

If you want a really good excuse to re-develop your childhood imagination, a study in Neurology, a peer-reviewed scientific journal, found that those who pursued creative outlets in midlife were less likely to have cognitive impairment as they aged. Now that’s a great reason to allow your brain to daydream!

How to adult your imagination (or move over, muse!)

How do you find a way to cultivate that hidden childhood imagination and quit depending on (or blaming) a muse for permission? Let’s dive into some tips from TedXMileHigh to get started:

Too exhausted to develop your imagination? Check out these tips for restoring your emotional tank so you have the energy to write and become creative again.

I hope this has helped you reframe the need for your imagination as a writer and the importance of taking personal responsibility to not only cultivate it, but to be proud of it. If so, you should be ready to stop being subject to an arbitrary ‘muse’ and embrace your own creativity.

What tips do you have to keep your imagination young for your writing? Share your tips in the comments!