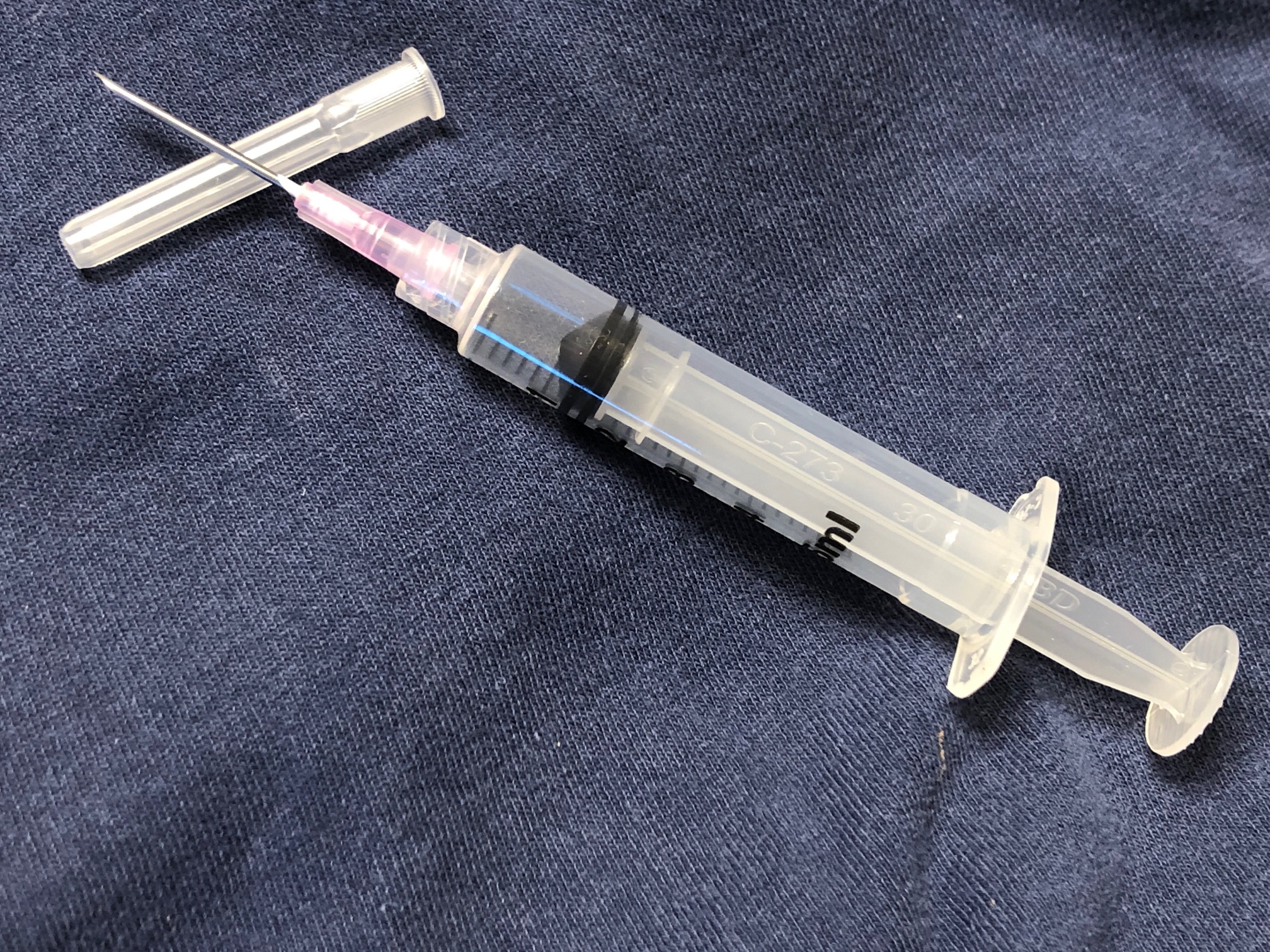 Looking for a dramatic drug scene, like a spy knocking out a villian, to twist that plot? There are many good options, but below are a few scenarios that just don’t work the way you may think. Included are tips for how to use real drug facts to write a believable scenario that keeps your reader on the edge of their seat.

1. Not all drug overdoses end in death

There’s a big misconception that when someone takes a drug overdose, they will definitely die. In fact, overdose victims can and do survive, depending on the drug and how quickly help arrives.

What variables impact this?

Technically speaking, an overdose is simply a dose that’s higher than what’s typically recommended. In general, there’s a continuum of risk:

Obviously, that’s somewhat over simplified. Here are some other facts to consider when designing your plot:

What does this mean for you as a writer?

It means you really should research before writing an overdose drug scene. Be sure the drug actually causes the outcome you’re plotting for your poor character. The fact your character could survive also opens the door to putting characters in riveting, page-turning danger, without having to worry the character arc must swiftly end.

I regularly get asked to recommend a drug that will “instantly drop my character dead!” This is not a real thing, but an expectation created by the film industry. I can think of very few drugs that could be inhaled or injected that could create almost* instant death- such as carfentanil. It’s such a potent opioid—it’s an elephant tranquilizer, if that gives you an idea—that even a dose the size of a grain of salt could stop a human from breathing within seconds. Carfentanil was, in fact, used in the infamous (and extremely unfortunate) Moscow Theater Hostage Crisis, creating mass death inside the theater, of both terrorists and hostages.

*Note I said “almost” instant death, because once breathing stops, there are a few perilous moments that your character will be suffering with little or no oxygen, allowing you to create a tense scene, while keeping your reader hanging on, wondering if he will survive.

So, even using this incredibly lethal drug in a scene allows a writer a few moments to create a believable stressor for the reader. Isn’t this so much better than an “instantly drop dead” moment?

Sorry to all those who love watching spy scenes (me included!), where a drug-filled syringe is plunged into a poor character (often into the neck, for some reason- gross!), who suddenly rolls his eyes back, then immediately slumps to the ground unconscious. This is also not real life.

Yes, it looks dramatic on the big screen, I’ll give the film industry that. Edge of the seat movies, like the Mission Impossible series, thrive on this kind of shock scene.

But in a novel, you’ll serve your readers better by putting them on an emotional roller-coaster for a page or two, as they fret about the poor character. Using the real timeline for a drug to take effect allows for the onset of various symptoms and the character to have a gradual, horrifying realization that something is very, very wrong. Your readers won’t be able resist turning that page to see if the poor bloke collapses or if a hero saves the day.

Which of the following would you rather read?

So, how long will it take for your knock-out drug to work? Give it several minutes of a kicking and angry bad guy, having to be held down by the spy, until the drug starts to cause the first signs of sedation. But you can have fun with this reality, too! Your drugged character can start to miss when he attempts to punch the spy. He’ll stumble, see a whirling room around him, them w-h-a-m! He falls to the ground…maybe crawls a moment or two toward some poignant symbol you have laced into the story, then finally passes out.

What about the old chloroform on the rag trick? That’s and instant effect, right? Yeah, Hollywood spiced that up a bit, too. Check out this witty overview of how that drug actually takes effect.

Be careful using trendy headlines to create a drug scene, without diligent research. Unfortunately, in this era of “grab the reader’s attention for ratings,” news headlines are often misleading. We’ve all seen plenty of articles that don’t live up to the hype of a headline.

Want a working example? How about a title like:

No one knows for sure, but it’s believed that with Covid isolation at home, kids had more time available to get into their parents’ medicine cabinets. In addition, isolation and depression created and emotionally dark place for some, leading to drug overdose attempts with any nearby pills.

The problem with grabbing this headline for an overdose drug scene?

As mentioned above, not all overdoses are lethal. Some aren’t even dangerous. Melatonin overdoses fit somewhere in-between. But that headline implies an article about masses of deadly cases. Not so much.

However, melatonin can make the person sleepy, agitated, nauseous, and result in vomiting. There have also been reports of elevated heart rates- so theoretically, your character could (if you stretched believability) have a heart attack. A few deaths were reported, but those cases usually also included the use of excessive amounts of other drugs or alcohol that were the real culprits.

(Still really want to plot a dangerous twist with melatonin? Check back to this blog–I’ll be posting some important facts, as well as scenarios, for writing melatonin (and other natural supplements) into credible drug scenes. )

5. A paralyzing drug will also cause the character to stop breathing

Have you wondered “what drug will paralyze my character so they can be tortured but stay awake the whole time?” Believe it or not, I get this question quite often.

Any drug that paralyzes a person’s muscles will paralyze pretty much all their muscles…including those used for breathing. That’s why in hospitals, when a patient is given a paralyzing drug (during surgery, for example), the doctors also order a breathing tube —often attached to a ventilator.

Paralyze your non-ventilated character in a torture drug scene, and every single reader with any medical background will likely close your book, probably after a snarky comment (hopefully not typed into a review).

There are some drugs that do cause memory loss—especially the benzodiazepines, like midazolam (Versed) or lorazepam (Ativan). The memory loss is short-term, and usually impacts the memory of events occurring shortly before the medicine is taken and until it wears off.

These sedatives are often chosen for certain medical procedures specifically because they cause memory impairment. Why would doctors want a patient to forget their treatment? Well, do you really want to remember what happened during your colonoscopy? Not really. And these drugs can help a chemo patient forget how much they really threw up with a treatment. That reduces the risk the patient will throw up next time just from thinking about how bad they vomited before. This can stop a vicious cycle that makes further treatment difficult to tolerate.

But there are no drugs that will wipe out your character’s memory of their family members or events that happened in the past, such as their childhood. Sustained memory loss and forgetfulness could happen in your character’s present life, if, say, their dastardly relative mixes a benzodiazepine into daily food sources, keeping the drug effects constantly going. Oh, so many plot twist options here!

With the exception of people with certain existing psychiatric disorders, such as schizophrenia, hallucinogenic drugs, like Magic mushrooms (psilocybin), LSD, or mescaline, can’t believably cause your character to “lose their mind” or become “insane”. Realistically, the character could have periodic flashbacks to a previous hallucinogenic trip, but outside of that, you should look for an alternate plot twist.

I hope these tips help give you some ideas for an interesting plot twist or two. If you’re looking for more information on how to write a believable drug scene, check our these posts: