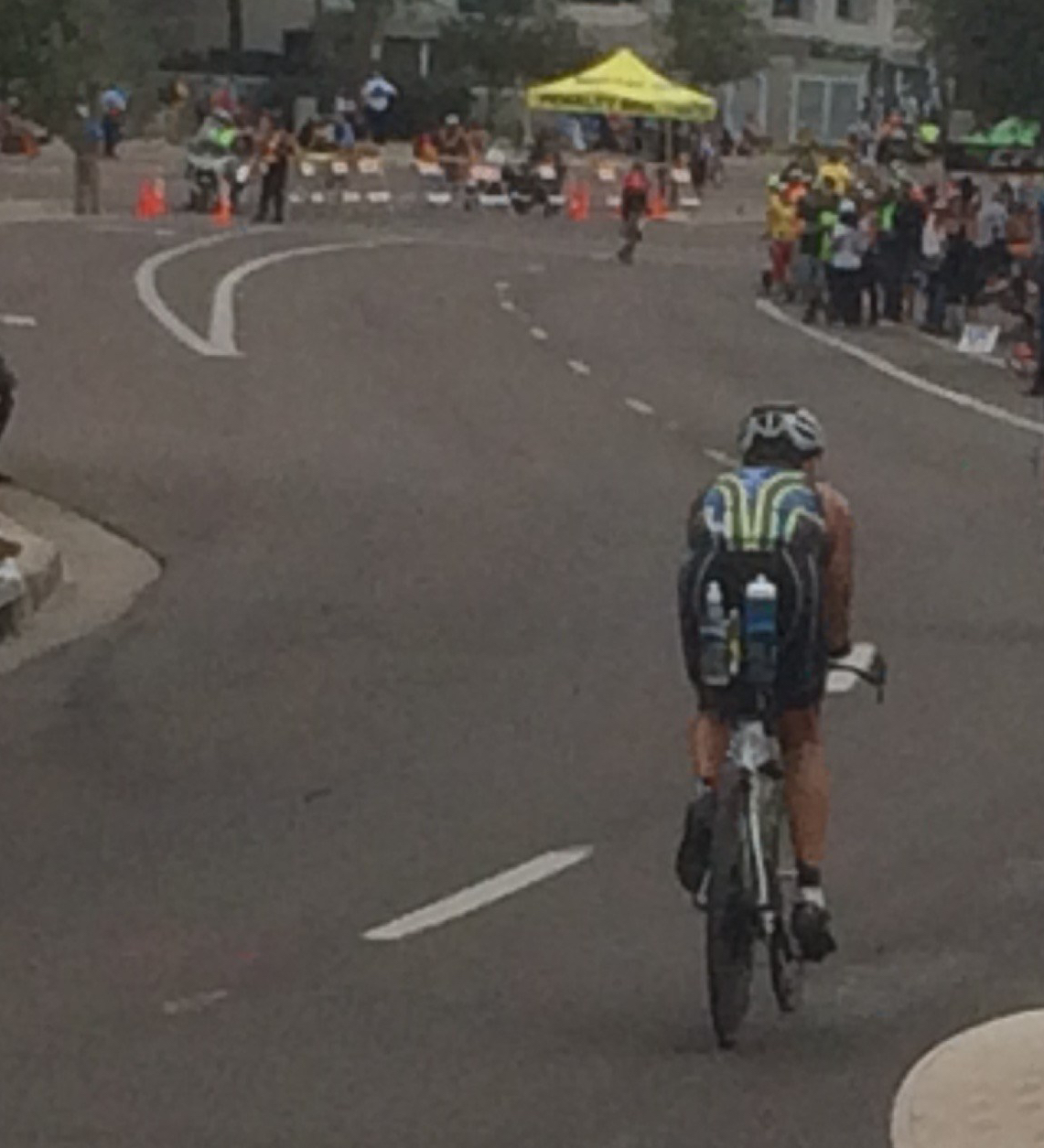 Training for my first Ironman race last year was quite an adventure. I tested my body and mind in ways I hadn’t considered before. But the toughest test wasn’t the hours in the swimming pool, or the runs, or battling the 105 degree Arizona temperatures on bike rides.

The toughest challenge was staying safe on the bike. I stopped being able to count how many times an car would just pull out of a subdivision right in front of me, giving me barely enough time to brake and scream at the driver, whose head would suddenly looking up from their cell phone. One US postal van’s front bumper did everything but brush my calf before they came to a screeching halt. A pick-up truck followed right behind me IN THE BIKE LANE, then zipped around me with an angry horn blast.

I’m still freaked out when I get near an intersection. And that doesn’t account for the distract drivers out on the roads. My worries are not unfounded. There are countless stories of car-cyclist accidents in the media. These accidents not only happen during training rides, but during races- even those with car lanes closed to traffic.

A recent account by the product tester for Outside after being hit by a car while cycling, gives great insight on some of the dangers of car-cycling accidents, and the risks we are all taking. The growing aggressiveness of drivers toward cyclists is of specific concern. If your a cyclist, you probably have had the angry yells and horn honks, even when you are in the bike lane doing no harm. It’s an eye-opening read (here). If you are a cyclist of ANY kind, I highly recommend it.

At Ironman Hawaii, in Kona 2016, two notable cycling collisions were highlighted by the media. One included Tim Don, a World Record holder of IM South America Championship 2017, with multiple other wins to his name. Tim was hit by a car in the days before the race during a training ride. He was transported to a hospital, and withdrew from the race. (Story here).

During the Ironman Hawaii 2017 race itself, at mile 76 of the bike ride, a van collided with pro-triathlete Matt Russell (previous winner of IM Canada 2012) who was clocked cycling about 28-30 mph–not an uncommon speed for male Pro-Triathletes (story here).

Thankfully, for these two athletes, they survived the crashes. There are too many white ghost bike memorials along my own cycling route for some that didn’t survive. Those stories are echoed across the US.

Many states have laws requiring motorists to leave 3 feet between them and a cyclist when overtaking a cyclist. However, the laws are often inadequate or have loop-holes, resulting in minimal fines to the driver if accidents or even death of the cyclist occur. Do not assume the laws to protect your best interest cycling on the road. Check into your state law to see what protections you may or may not have.

Of course, the biggest protection you have against yourself and drivers is defensive and smart cycling. Here are a few tips:

Me? I have another race coming up in May 2018. I am currently still training on the roads. But have taken to my wind trainer on days when I’m not feeling sharp enough to battle the traffic or when my ride is the same time of day as the Mom’s zipping kids off to soccer or ballet after school.