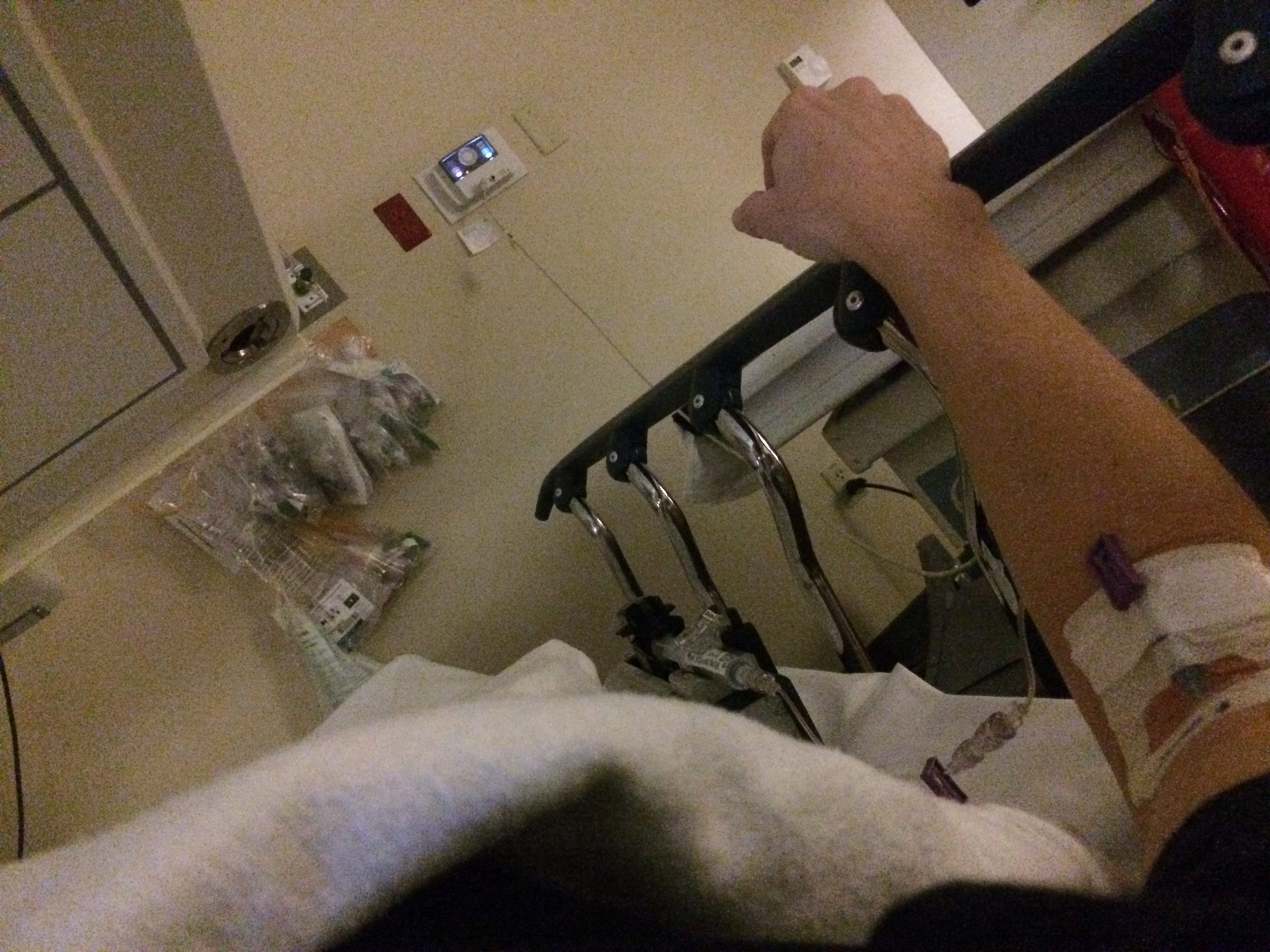 If you’re like me, you tough it out after a bike accident, if nothing seems broken at the time. If you’re moving, your first worry is about your bike. Then you’ll squirt you’re water bottle over the blood draining down your leg, then climb back on the bike (assuming your helmet didn’t hit).

In my last crash, the only good news was my body protected my bike from the ground. I hit a slippery patch of water as I rounded a corner. I found out later, there was a film of algae there. The bike slid out from under me, slamming my helmet and right hip into the pavement. The long scratch on the pavement later showed how far the bike skidded (with me under it) across the pavement. I washed off my bloody leg with my bottle. But one look at the bike told me it was going nowhere. And my hip and shoulder started throbbing. Once the adrenaline wore off, everything ached. After the obligatory rescue call to my husband, I spent the day icing on the couch, lamenting the loss of a good 60 mile bike ride.

But no biggie, right? Two days later, I set up the wind trainer in the kitchen (because my bar-end shifters were broken) and rode for about an hour.

I was sore, but ‘tough it out’, right? Over the weekend, my hip started swelling. The bruise widened. It drained down my leg with massage, leaving me purple from hip to knee. I was limping pretty badly.

So, yeah, I broke down and went to the doctor. It took a week of more swelling and pain for the doctor to send me for an MRI.

Within 4 hours of the MRI, I was at a surgeon’s office.

Turns out, if I had just toughed it out, just iced the bruise and not seen a doctor, I may well have ended up in serious surgery, losing a portion of the muscle in my leg, or worse.

The surgeon needled 50 mLs of blood out of my swollen hip ( yeah, it was a big needle). I was told I had a Morel-Lavallée lesion. Basically, the force of hitting the ground sheared layers of skin and fat tissue from the underlying fascia, leaving a gap that filled with blood. The fancy term for this is a closed “degloving” injury- which sounds as painful as it was. “Closed” because my skin on top wasn’t ripped open. All the tissue layers were still there,  just not connected inside the way it should be.

I was lucky. I had a hematoma (the big blood pocket) and the degloving injury. But mine was minor. Often, these injuries require surgery to undo the damage. If not treated, the injury can lead to dying tissue and infection inside the leg, leading to a much more serious surgery, with lots of tissue and/or muscle removed. (If you’re brave and look pictures of these injuries up, don’t eat first. Some of these are really, really bad. I was so lucky- I just had no idea how lucky at the time.)

My injury was in early July. I had to make it to Ironman in November. And the goal, I was told, was to let the tissue rest while it tried to lay back down, reform the connection between the tissue layers.

I was 4 weeks on crutches, then 2 more slowly weaning off crutches and getting gently on the bike for very low mileage indoor spinning on the wind trainer. After a few weeks, I started to increase mileage, getting slowly back to the 60 mile ride I planned the day of the accident. If your counting, yeah, it was getting too close to Ironman too fast, with a fair amount of mileage yet to build up.

I could not run- it would be weeks after I got off the crutches to even add anything more than a moderate paced walk into training. I needed light compression shorts and Rock Tape to strap the injury in place, even on fast walks, or it would hurt. I never made it back to my intended training distances, because I had to ramp up so slowly. My longest run-walk before Ironman was 13 miles.

With swimming I had to start with mostly arms and just a little kicking. Just the water flowing over my hip caused the injured tissue to hurt. And Rock Tape did not help. What did work was light compression shorts during the swim to keep the water from irritating the injury. But there was no pushing off at the end of a lap for a long time. No hard kicking.

Impact crashes can lead to a wide range of injuries. From minor scrapes and bruises to serious fractures, concussions, and closed or open wound trauma. The lesson here? Be honest with yourself. Learn when to tough it out, and when you really need to get seen by a doctor. Don’t try to save face by being tough and loose more than what you bargained for.