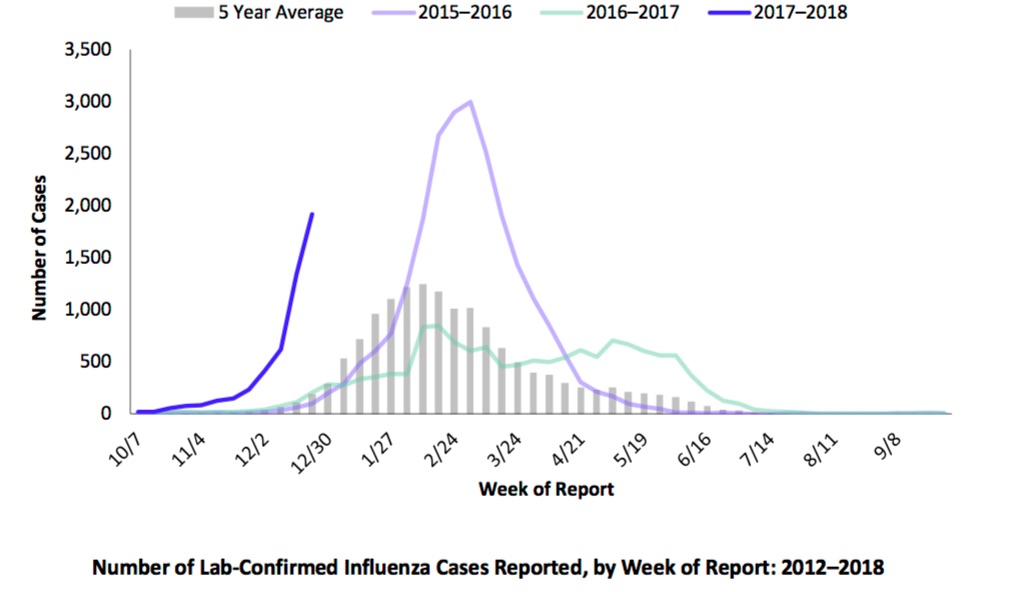 As of 2 days before Christmas, 36 of the US states reported widespread influenza and another 13 states reported regional influenza. In Maricopa County, Arizona, where I live (See picture above) , there has been an increase of almost 900% in flu cases compared to last season. The flu can be deadly, especially to the very young, the elderly, and immune compromised. But in 2009, the H1N1 flu related deaths were mostly in healthy young adults. This season already, there have been 12 children die in the US already from the flu.

Want to see the map of flu reports in your state? Click Here

Why is this season so bad and why didn’t the vaccine work better? Several reasons:

Is it worth getting the vaccine if it is only partly effective?

Is it too late to get the vaccine?

If I get sick, what can I do to not end up super sick or in the hospital?