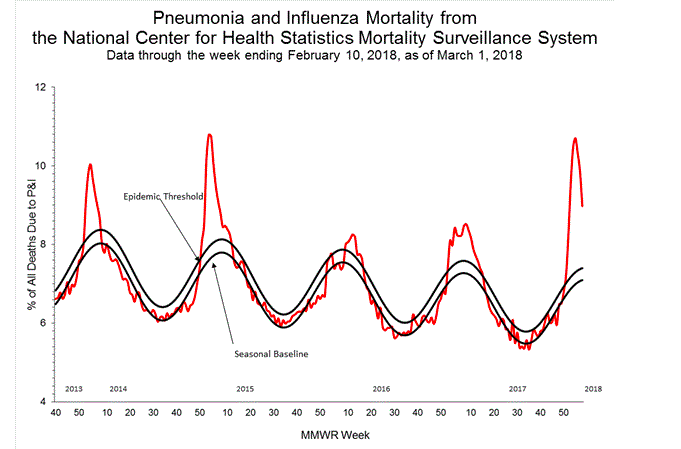 Next flu season. It should scare you. A lot.

Because I have heard so many people say the flu shot ‘didn’t work’ this year, so why bother taking it next year?

Which is a lot worse than the 36% decrease risk of severe illness and hospitalization for people getting the flu vaccine this year. Media headlines have been using the term “only 36% effective,” making it sound really negative. Why? Because it drives viewership. In reality? A reduction of 36% change of ended up so sick I have to go to the ER is a big deal.

Of the very sad 114 pediatric deaths this season, only 26% of those children had been given the flu vaccine.

The rest had zero coverage.

And from inside the hospital, I have seen what the flu meant to kids (and many adults) showing up to the ER. They were super sick. For some, it resulted in ventilators and bypass machines. And for many, the story doesn’t end well.

They don’t all live happily ever after.

AND this was not a year where the virus had any big mutation. The vaccine was actually helping.

Is the vaccine perfect? No. Far from it. It difficult to chase a changing virus, guess 8 months ahead of time what it will look like during flu season, and make a vaccine to target that. There are also several circulating flu viruses, the worst one has been the H3N2, which likes to genetically drift more, making it harder to vacate against.

There are 3-4 strains of flu in each vaccine, trying to help give some coverage to similar flu viruses, if the strain changes a little. Instead of putting the scientists down for not having something that works 100% of the time, folks should be glad they have found anything that combats an ever changing target as much as it does. (In reality, there is just about NO vaccine that is 100% effective- that is a discussion for a different day.)

So what about next year?

The FDA has already announced significant changes (see here) to the vaccine for next season, in hopes of having more protection against the virus. Helping people understand the reason for flu vaccination and helping undo myths about the efficacy of the vaccine will be very important next season.

What about right now?

Even though the numbers of flu cases is dropping, there is still plenty of flu going around. Folks that are already sick can still spread the illness to others, and those that are already really sick are still showing up to the emergency rooms. It is still very prudent to: